To find out more about our services & what we can do for you,
call us today on 01782 577 929 or email us at sales@grenville-engineering.co.uk 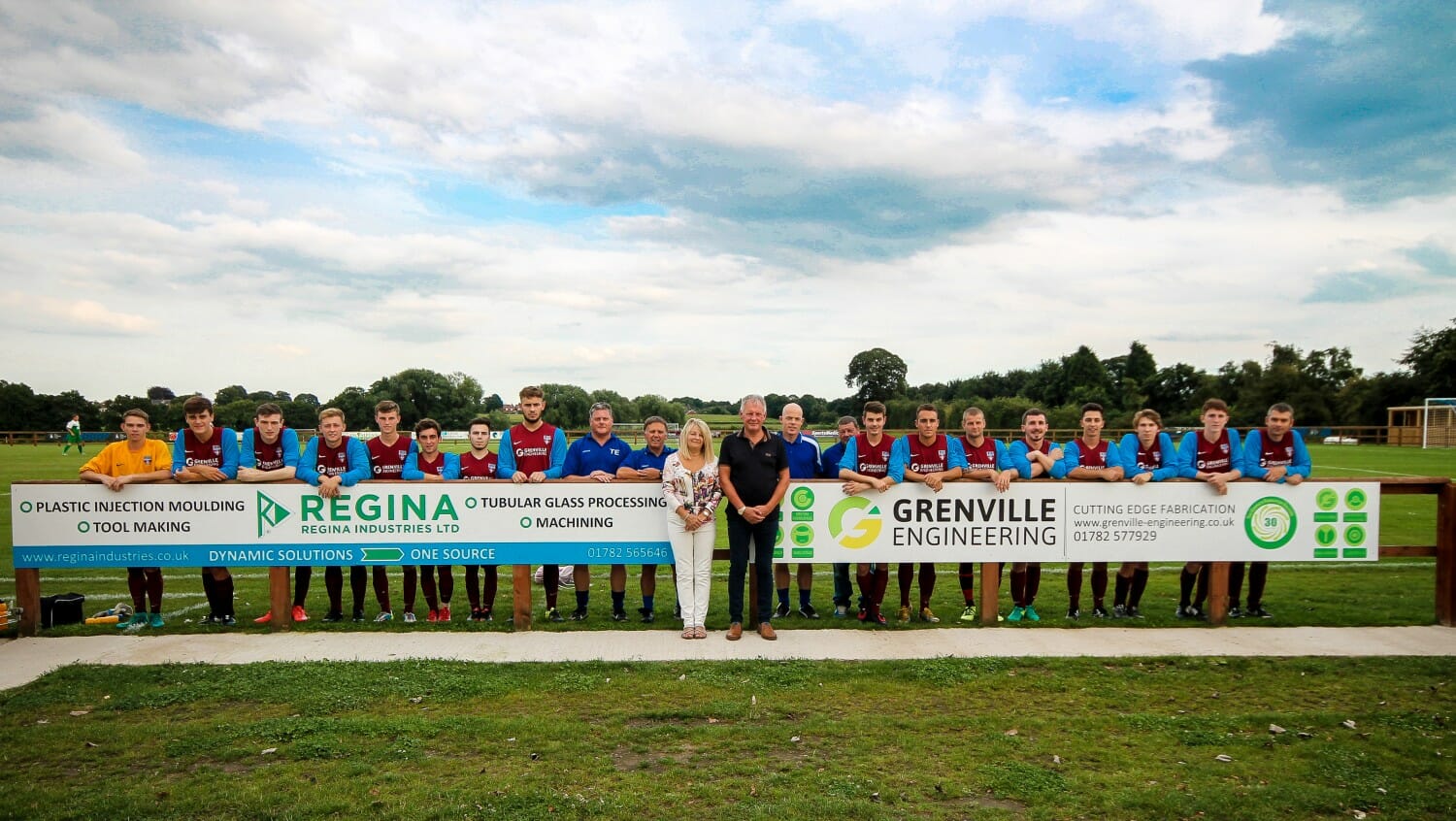 The company were exploring the opportunity to support a local team and signed a 2 year deal to sponsor the reserves team including a sponsorship banner for the next season.

Managing Director, Mark Barratt said “Supporting local talent is something that we at Grenville Engineering are proactively committed to long term and are delighted to support Sandbach United FC.”

Regina Industries, sister company to Grenville Engineering attended the first match of the season and similar to Grenville agreed to back the club with a sponsorship banner for the next season.

Grenville Engineering wish Sandbach United a successful season ahead and look forward to supporting the club in the future.

If you continue to use this site we will assume that you are happy to receive cookies.

Any cookies that may not be particularly necessary for the website to function and is used specifically to collect user personal data via analytics, ads, other embedded contents are termed as non-necessary cookies. It is mandatory to procure user consent prior to running these cookies on your website.